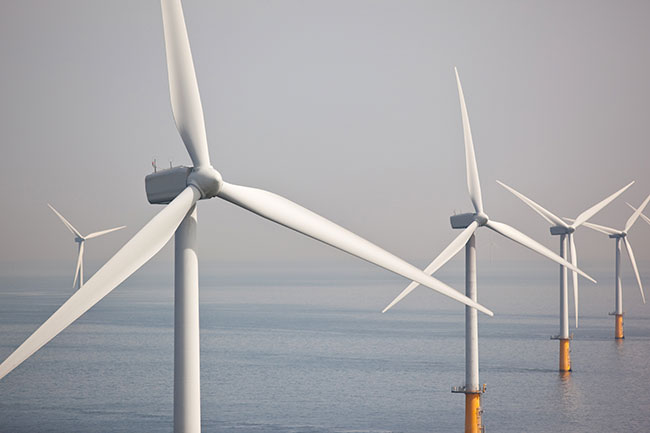 The Offshore Renewables Joint Industry Programme (ORJIP) has released findings from the world’s most comprehensive investigation into seabird behaviour and collision risk around offshore wind farms. The Bird Collision Avoidance Study is the first of its kind employing a multi-sensor monitoring system, combining human observer-based tracking with a system that automatically recorded seabird movements, at a working offshore wind farm off the Kent coast.

In association with NIRAS, DHI has developed the MUlti-SEnsor integrated monitoring system (MUSE) using a combination of radar and camera technology to document bird behaviour and the degree to which they avoid offshore wind farms. More details about MUSE can be found  here.

The multimillion pound, collaborative R&D study was commissioned by 11 leading offshore wind developers, The Crown Estate, The Crown Estate Scotland and Marine Scotland, and was managed by the Carbon Trust. The project was developed and run with the support and advice from the UK and Northern Europe’s leading ornithologists and environmental advisors such as Natural England and the Royal Society for the Protection of Birds.

During the two years of fieldwork, a significant number of videos were recorded at a representative area of Vattenfall’s Thanet offshore wind farm, one of the largest in UK waters. This resulted in the analysis of over 12,131 videos of bird activity and only six collisions with turbines were observed. The analysis revealed that the collision risk of seabirds was less than half of what would be expected based on current knowledge. During the study, seabirds were observed to exhibit avoidance behaviour, changing their flight path to avoid the turbines.

Why is there a need to know bird behaviour?

To obtain planning consent for an offshore wind development, the planning inspectorate needs to consider the risk of environmental impacts, as well as any mitigation measures proposed by a developer. The developer needs to provide evidence of how seabirds will behave within and around the farm. In order to quantify bird collision risk with turbines, collision risk models (CRM) are used to estimate this impact. Although extensive studies have looked at migratory patterns and behaviour of seabirds around offshore wind farms, until now there was only limited evidence to substantiate their actual behaviour.

The conclusions from this research on collision risk will allow better informed wind farm design and consent decisions just as the next generation of more powerful offshore turbines are being tested and manufactured. As a result, the research will support plans to rapidly and sustainably grow the offshore wind sector by 2030.

The research was designed to generate robust, empirical evidence on the levels of avoidance behaviour and collisions to improve collision risk models. This will provide greater certainty on the true impact of offshore wind farms on seabirds and the mitigation measures required. In addition, the data from this study will be made available via the Crown Estate Marine Data Exchange, allowing ongoing research by many parties into the unprecedented level of data collected.

DHI’s bird detection system is now being installed at other offshore wind farms to document the degree of bird avoidance in other locations which is a requirement in many countries. The system can also be deployed for environmental impact assessment prior to construction of an offshore wind farm.

(Hover the image to zoom in) 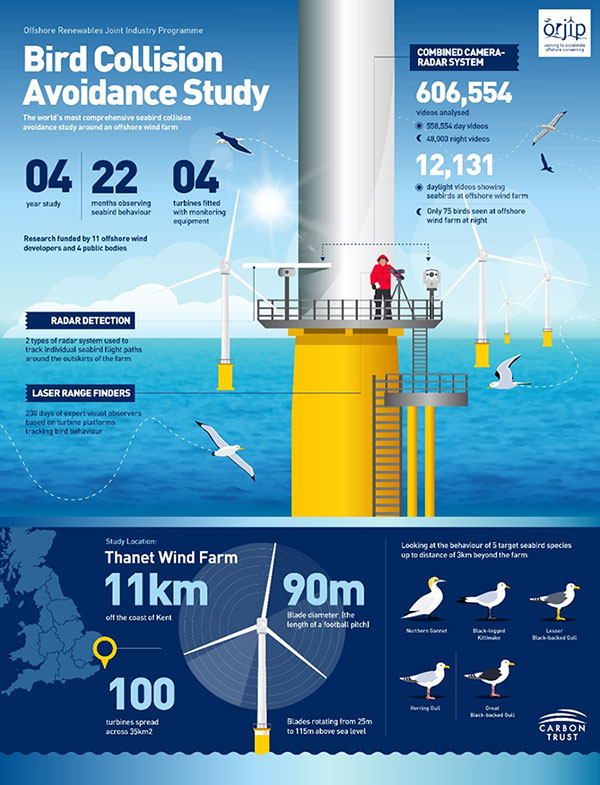 The methodology for analysing the results was also developed specifically for the project, and is a key project output to be shared with the wider industry.
The project data is publicly available via The Crown Estate’s data sharing platform the Marine Data Exchange.

The full report can be read here.
Read more

Do you need help or have questions?

Do you have challenges? Then get in touch with our experts right here!